Seems like almost everyone is carrying a bottle of water these days.

There are regulations that focus specifically on bottled water, including

FDA describes bottled water as water that’s intended for human consumption and sealed in bottles or other containers with no added ingredients, except that it may contain a safe and suitable antimicrobial agent. (Fluoride may also be added within the limits set by FDA.)

The agency classifies some bottled water by its origin. Here are four of those classifications:

Bottled water may be used as an ingredient in beverages, such as diluted juices or flavored bottled waters. However, beverages labeled as containing “sparkling water,” “seltzer water,” “soda water,” “tonic water,” or “club soda” aren’t included as bottled water under FDA’s regulations. These beverages are instead considered to be soft drinks.

It May Be Tap Water

Some bottled water also comes from municipal sources—in other words, the tap. Municipal water is usually treated before it is bottled. Examples of water treatments include

Bottled water that has been treated by distillation, reverse osmosis, or another suitable process may meet standards that allow it to be labeled as “purified water.”

Federal quality standards for bottled water were first adopted in 1973. They were based on U.S. Public Health Service standards for drinking water set in 1962.

In some cases, standards for bottled water and tap water differ. For example, because lead can leach from pipes as water travels from water utilities to home faucets, EPA has set its limit for lead in tap water at 15 parts per billion (ppb). For bottled water, for which lead pipes aren’t used, the lead limit is set at 5 ppb.

For bottled water production, bottlers must follow the CGMP regulations put in place and enforced by FDA. Water must be sampled, analyzed, and found to be safe and sanitary. These regulations also require proper plant and equipment design, bottling procedures, and record keeping.

In addition, FDA oversees inspections of bottling plants. The agency inspects bottled water plants under its general food safety program and has states perform some plant inspections under contract. (Some states also require bottled water firms to be licensed annually.) 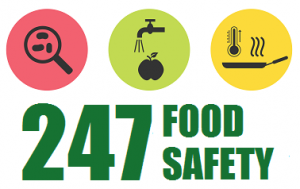